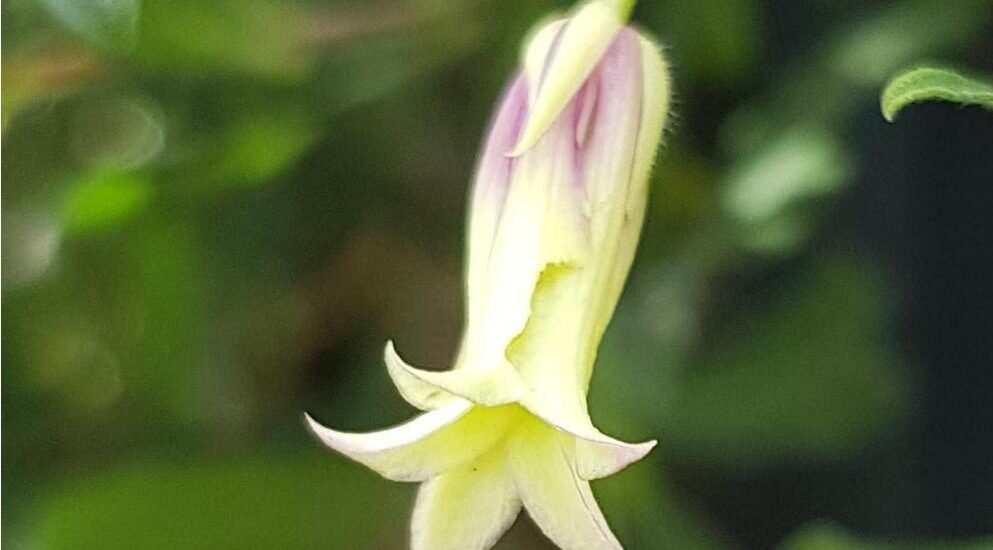 This cute little climber is called Apple Berry, or if you want to sound knowledgeable, call it Billardiera scandens with a capital B for Billardiera and small s for scandens.  It has cute little green oblong berries, nearly all year round, which were apparently a useful snack for the Bunurong people.  However I think they were for when you were pretty hungry, because they’re a bit tasteless.  You would eat them when they turn a pale white.  If anyone has a good recipe for Appleberry pie, let us know.  They have really pretty delicate little pale yellow flowers. They are an official coastal headland scrub plant (EVC 161), which means indigenous to coastal headland areas. They are hardy, but slow to get going.  They don’t mind the salt air, but they’re not totally as tough as some of the cliff plants you see on the cliff path.  They are a great garden plant, to climb up a trellis, or as a pot plant on your porch if you like alliteration.  I have four biggish ones in the ground.  They grow eventually to two or three metres. They like a little bit of water and lots of sun. It so happens that the Beleura Cliff Path Friends Group Greenhouse Subcommittee (Cath Warters, Jenelle Curtain and Sally Madsen) planted some seeds from the berries in trays, and just when we were about to throw them on the compost heap, they all came up …. dozens and dozens of them.  So we picked them out and put them in tubes, and we have at least 150.  If you want a free one, email the MEA (morningtonea@gmail.com) and you can pick one up.