Mothers Beach faces onto Mornington Harbour and is the most used beach in Mornington. It is also used by school groups, small sailing boats and dog walkers (in non-daylight saving hours). The toilet block (apparently to be renovated in 2013-14) and BBQ area mean the area behind the beach is also well used. In mid-July 2013, the Shire agreed to spend further funds on clearing thornbush and other dangerous weeds (see photograph), and in providing more erosion controls down the slopes leading to the beach from the Esplanade. MEA will be assisting with providing workers from our Working Bees to replant some of the dunes behind the beach early in August 2013. 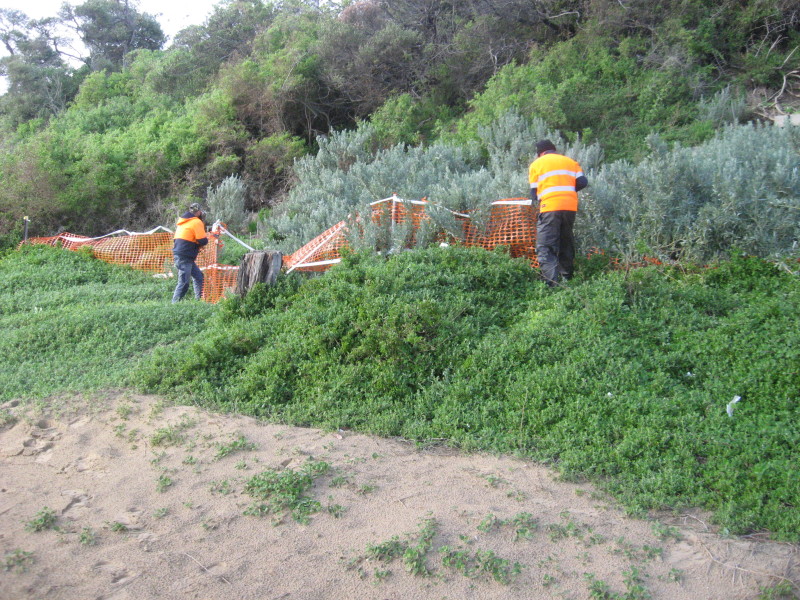 Mothers Beach removal of fencing in preparation for restoration July 2013