Mothers Beach, Mornington, the beach normally crowded with families and children during the summer holidays, is currently closed while a contractor dredges filthy muck from in front of the Yacht Club and dumps it on the sand. The black water then runs back into the waters of the Harbour, causing suspended material to blacken the water.

“I am shocked that this material can be dumped on to our main swimming beach and the beach itself closed. The dump truck from the contractor is trying to spread the black smelly material across and under the beach, with little success. The smell is sulphurous which indicates the material is anaerobic – ie. decaying without oxygen.

I am appalled that the Yacht Club, The EPA and the Shire would allow this material to be dumped on our Mothers Beach. We have complained already and received a reply from Alex Atkins, Director Sustainable Infrastructure who stated that testing of the material showed that Polycyclic aromatic hydrocarbons (associated with fuel leaks) were slightly elevated but acceptable to the Shire and EPA. But what else is in this dredged black muck? We see the pile of old chains, anchors, and blocks pulled up by the dredge. Apparently the Yacht Club wants a deeper entrance to their ramp for the boats racing in February. But what of the people trying to use the harbour? I talked to people fishing on the pier and jetty last night, and they were catching nothing.

The Club should have arranged for the dredged muck to be carted to a land disposal site. In February, the Shire starts dredging in front of the public ramp and goodness knows what that will bring.” 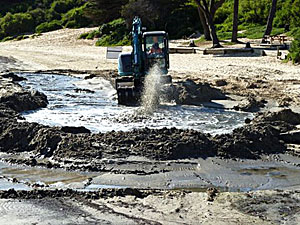 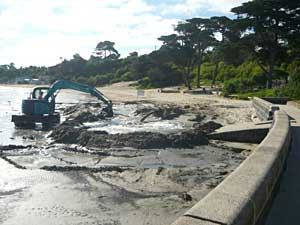 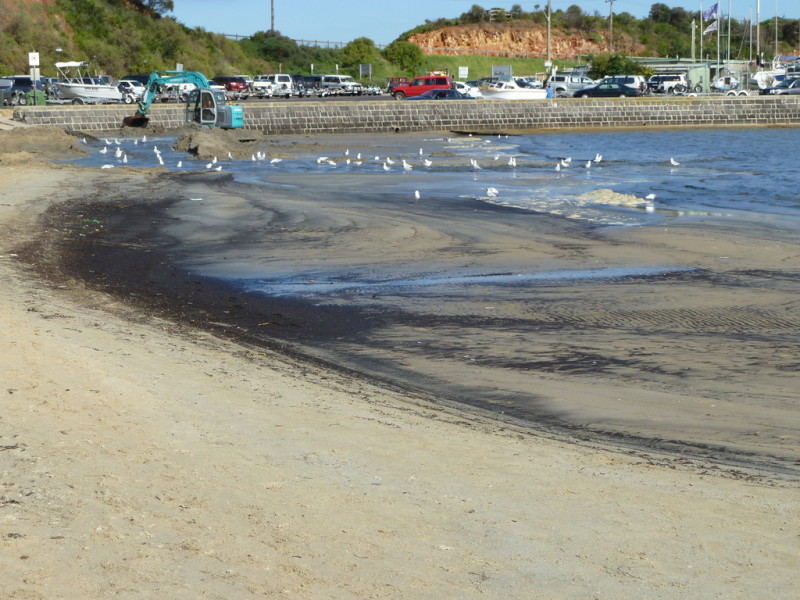 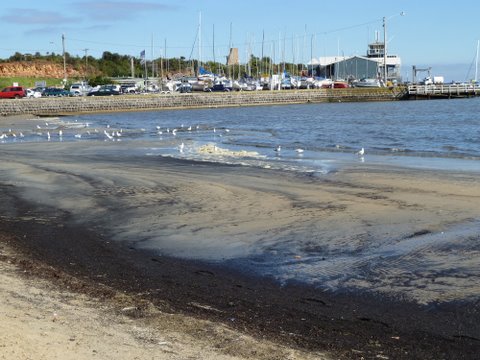