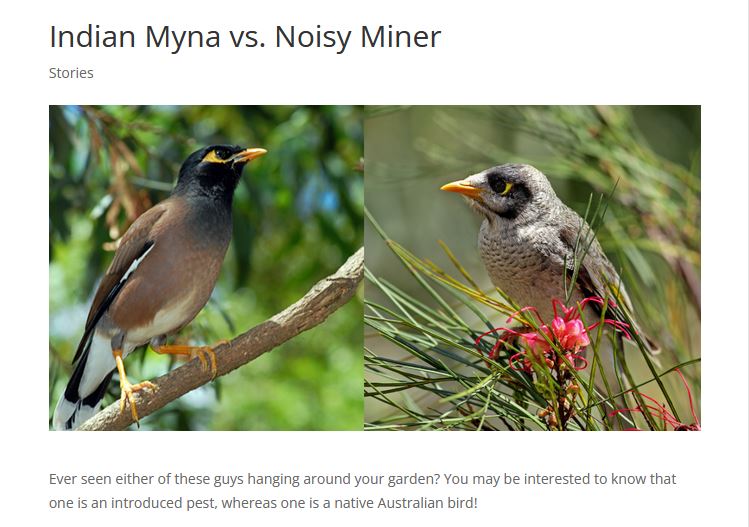 The Indian Myna (left in photo) actively compete and displace native Australian bird species e.g. Native, noisy Minor (right in photo).   They may appear similar as both species have similar yellow similar patches behind their eyes.  They can be differentiated because the pest, Indian Myna has

The native, Noisy Minor has a mostly grey body with black crown and cheeks.

The species are not related.

The native birds are honeyeaters; they primarily eat nectar, fruit and insects.

The introduced Indian Mynas take over the nesting hollows of native birds , prey on nestlings and endangered lizards and reduce local biodiversity.

They were introduced in 1883 to Queensland to combat plague locusts and cane beetles.

DO NOT plant tall, thin trees with dense foliage such as pencil pines or palm trees.. These are Indian Mynas favourite nesting sites.