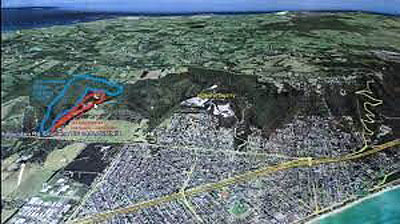 The Ross Trust  proposal to open a new quarry on the Hillview Quarry site at Arthur’s Seat has been refused by the Planning Minister, Richard Wynne, on environmental grounds.

The reasons for this include :-

1. Hazardous silica dust would have been released into the atmosphere.

130 doctors signed a petition (The Age 29 Oct. 2021) objecting to the proposed expansion because of the health effects of silica dust on the lungs.  Silica dust is a proven cause of silicosis which is an irreversible lung condition.  The quarry is not far from a local primary school.

2. Destruction of native vegetation on which native animals depend.

38 hectares of native vegetation would have been destroyed.  This is equivalent to the area of Melbourne’s Royal Botanic Gardens.

The native animal population has already declined significantly, due to increased development in the area.  Increased road traffic would be an additional hazard for the native animals.

3. Carbon dioxide emissions will increase which is contrary to the Mornington Peninsula Shire’s Zero Carbon Policy.

This is a victory for all those, especially the local community, who worked so hard to make their concerns known.