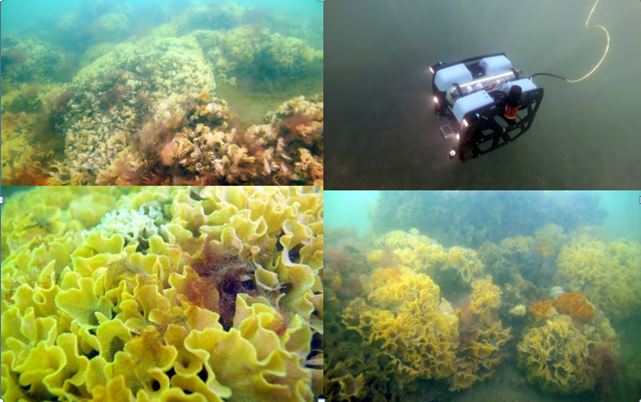 These reefs were thought to be coral until 2016 when it was discovered that they were an entirely different species. This project commenced in2018.

Unlike corals they do not thrive in clear water and are not photosynthetic. They grow in turbid water, mostly at depths between 5 and 8 metres. Reefs are up to 1.5 metres high and extend for 1.74 km. The bryozoa exude a calcium carbonate skeleton which is extremely brittle.

Fish, crabs, worms, octopuses and molluscs live within the colonies making them biodiversity hotspots. In spring large schnapper weighing up to 8 kilos can be found in these reef areas of Westernport but not in other areas.

The Westernport colonies are the largest known and are thought to be unique in the world. Other colonies in Port Phillip for example are just small cabbage sized clusters.

Reproduction is by the release of larvae which need a hard surface to attach to for example, sand. Reefs are formed in lines correlating with the ripples of sand on the floor of the bay.

Colonies are located using echo sounders. They can then be examined using remote operated vehicles and drop/drift cameras. Water visibility is very poor so diving is not an option.